Does Your 13-Year-Old Need a Louis Vuitton Purse?

Editor’s note from 2011: In light of our current economic situation, I wanted to share this TBF post discussing the increased level of brand consciousness among millennials (those born in the late 80s-mid 90s). It’s interesting to read the comments from the then teenagers, justifying their need for a Gucci bag at 13. I wonder how those same teens (now young adults), feel about their comments now.

The 2019 Update on Designer Bags for Teens

According to Statista, the most popular handbag brand among teens as of fall, 2018 is Michael Kors — followed by Kate Spade, Coach, Louis Vuitton and Gucci. Clearly, this topic is still relevant, which explains why this continues to be one of the most-read posts of all time on The Budget Fashionista.

So let’s get right to the essential question: does a 13-year-old need a Louis Vuitton purse?

The following passage originally came from a Wall Street Journal article on the targeting of teens for luxury items like designer bags, cars, etc. (We’d link to it but that article is not available online.)

Driving the shift is a generation of young people often called the teenage “millennials” — the adolescents and young adults born in the late-1980s to mid-90s. Of course there have always been teens who were focused on the “right” designer names, and marketers striving to sway them. (Remember Brooke Shields in her Calvins?) But apparel makers and retailers say the affluent millennials are particularly notable for their brand consciousness. Surrounded by brand references from Web sites, rap music, movies, magazines and MTV — and showered with the best of everything by their baby boomer parents — these young consumers have grown up knowing the difference between Prada and Ralph Lauren from an early age.

I agree that teens wanting designer labels isn’t anything new — I remember begging for a pair of Gibraud jeans and working my butt off for a Ralph Lauren Polo button-down shirt.  But I’m concerned about the apparent entitlement that many teens feel in regards to designer labels and the apparent lack of a backbone by parents to say no.

It’s the job of teenagers to push and it’s the job of parents to set boundaries. However, when it comes to designer goods, it seems like parents just can’t say no anymore. For example, one guy in the article even stated “If they keep their grades up, it is hard to say no.”

I was a straight-A student, got a full academic scholarship to a great school, and my parents had absolutely no problem saying no. In fact, I think they secretly plotted new and creative ways to say “no” to my irrational, teenage requests.

I mean, why does your 13-year-old (or a 20, or 30, or 40)  HAVE to have a $700 handbag or a BMW before they even learn what a responsibility it is to drive? Plus, always rewarding good behavior with an extravagant gift probably doesn’t teach a very good lesson to your teen. There are times in life that you do good things and you receive no reward other than the fact you did good, which apparently just doesn’t compare to a new Dooney Burke Bag.

Whatever happened to going out for a big dinner with your entire family when you got a good grade? We’re creating a whole generation of spoiled consumers with very unrealistic expectations about life.

Designer Bags, and Then What?

Anyone who’s ever watched MTV’s Sweet Sixteen knows exactly what I’m talking about. A $50,000 party and new Jaguar for a spoiled 16-year-old? Please. What do they have to look forward to when they graduate from college? A small town and a Rolls Royce? If you have a million dollar bar (or bat) mitzvah, are you going to have a $2 million wedding? Where does it end? Seems like everything else in their lives will be downhill in comparison.

Designer items are not a human right. They are nice and I love a good bag as much as the next person, but I also have a job.

Perhaps you came across this post in need of a reasonable, teen-appropriate handbag. Now that we’ve vented on what NOT to buy, let’s get to the question of what type of handbag you could buy a 13-year-old.

Practically speaking, her tastes are going to change fast. Maybe before this season’s even over. But you can’t buy a super-cheap, fast-fashion bag from Walmart or Target because her friends will call her out. Kids are mean that way.

If your teen is a creative individualist, you might get away a quirky (and more affordable) brand like Betsey Johnson. If you shop the sales, you can keep your outlay down near $50.

A second option is to shop the stores that carry designer brands for less in hopes of finding a gem. Try:

Of course, going this route doesn’t really send the right message unless you tell your teen you bought it at a budget store. Same goes for buying used at TheRealReal or Poshmark. In other words, if you can’t tell the kid that a $300+ bag is not an option, you’re better off giving her a gift card. The smart and determined ones will save up the gift cards to get the bag they want. 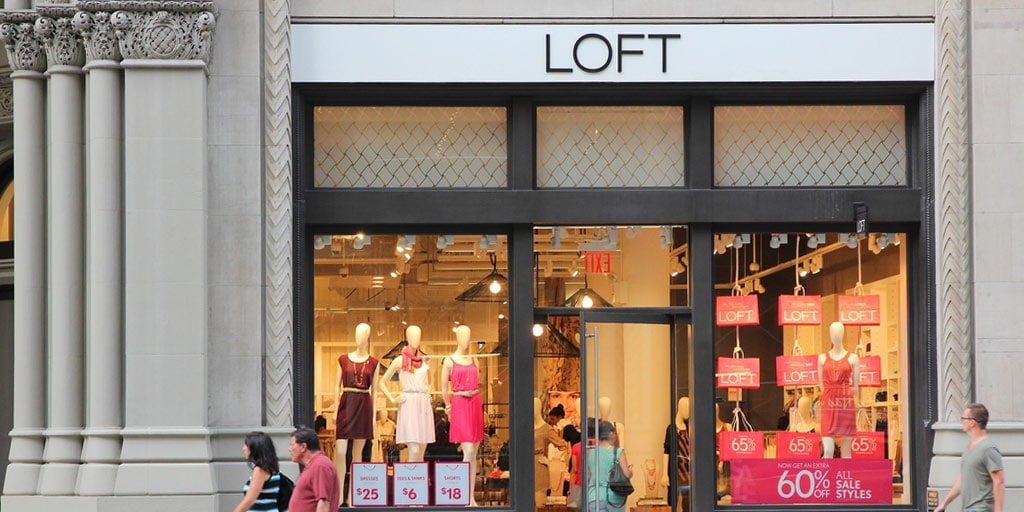 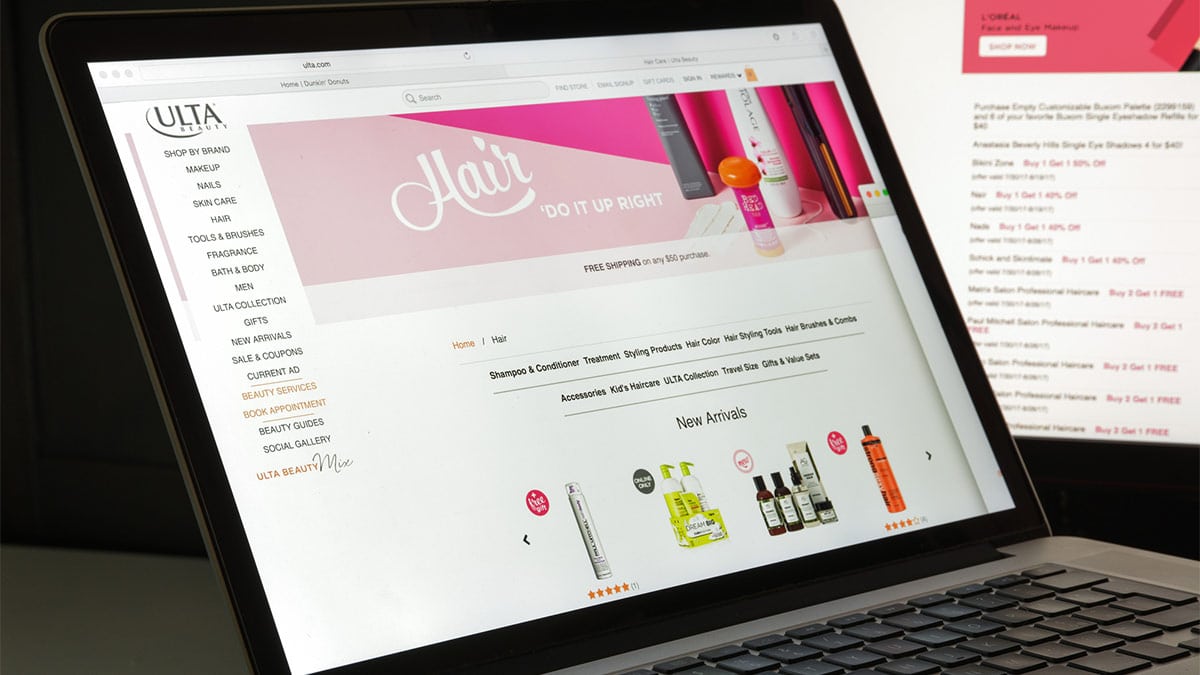 Regardless, I am 15, and a guy. I own a LV belt, Josh Damier Backpack, and a wallet. I have a variety of designer items yet still continue to help others in my community, making at least one persons day per day. The fact that I can't wear my beloved backpack without people who most likely can't even afford LV trash talk is oblivious, and I truly hope you people get a promotion at your job so your perspective completely changes. Not to mention I'm an A student as well, and wouldn't have been able to get any of my items without working hard in school to be able to afford items like these in the future, of course after I have no student loans left and have all my NEEDS first controlled. Please don't assume ones situation due to the items they have.

Absolutely agree with the writer of this article. I am 12, almost thirteen, and I have NO designer items. Not that I don't want them! What I think is a MUCH better habit for teens is to work for the bag, or to scout around and find one at a thrift shop if they have the time. Look, if your parents are going to spend $775 for a Chanel bag, why don't you tell them, "Can you take me shopping at this thrift store instead?" Or pitch in and help or find sales on those bags. Great places to find lesser designers are at Ross, TJ Maxx and Burlington, and online there is Bluefly, Yoox, and Century 21. Fellow teenage fashionistas, please consider this. When you are 20+ you won't have a parent around to lavish you with designer stuff to your heart's content. WORK, whether it means saving money or not.

Does Your Thirteen Year Old Need a Louis Vuitton Purse?In economic terms, no. Technically no one "NEEDS" a Louis Vuitton purse. Could we live without a $1000 purse? Hell fucking yes. Unless we're going to literally die without it, all of our needs are technically wants. Do I believe that children, preteens, and teenagers should be carrying around such expensive bags? No. Sure I'm jealous of those kids who are showing off theirs, but that's another story. However, if the child can PAY for the bag themselves, then by all means, go for it. I won't stop my future child from spending his/her earned money the way (s)he wants to.

I'm 12 years old and I'm asking for a coach tote as my upcoming birthday present because I'll be using it as a school bag but if I don't get it then I am more than willing to pay for the bag all on my own by babysitting and doing chores. It's an insult when people are stereo typing all teens in to the spoiled brat group.

Does anyone think that's ridiculous?

If a 13-year-old does good, they deserve anything they want. My 12 year old has a prada, louis vuitton, coach, and a marc jacobs......and we aren't even rich