This country wasn’t found on the principle of life, liberty, and the pursuit of Louis Vuitton. During the crafting of the constitution, John Hancock wasn’t like “Oh, let me hurry up and sign this little document so I can get in line for the Kate Spade Sample Sale”.  Thomas Jefferson wasn’t like “let’s add another amendment to the Bill of right — all persons should have to right to bear Birkin bags”.

The question of how to score designer handbags, real or fake, is one of the most popular questions on this blog and I’ve always responded with the standard reply (fake is bad, designer too expensive, go for great quality mid price designers like Kooba, Hype, Coach, etc).

However, the more I think about it, the more I start to formulate a very different answer. An answer that I didn’t verbalize until I was asked a question by an audience member at one of my recent talks.

The question was, “Why are so many women obsessed with purchasing expensive designer bags?” And my response: “Handbags in New York are like cars in LA — a direct symbol of status. Since New York (and cities like London and Tokyo) are such pedestrian cities, the only way to show, or in most cases fake, status is via your handbag (watches for men).”

Now, that I’ve had some more time to think, I’ve expanded on that answer. I believe our obsession with designer handbags is because handbags are a cheap way to show status. And right now in the U.S. and around the world, showing status (wealth, celebrity, etc.) is what matters. Purchasing a handbag is much cheaper and much more accessible to the average shopper than a BMW or a fancy house. 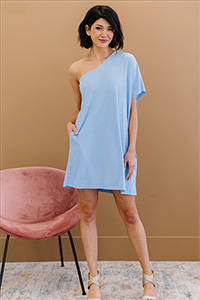 Plus, when you carry an expensive handbag, people think the rest of your outfit is expensive, even if you’re dressed head to toe in Goodwill. Case in point: The Olsen Twins.

Again, owning a designer handbag is not a human right. I don’t even think it’s something you should aspire to, unless handbags are your signature piece. Instead, focus on finding bags that fit your personal style. In the long run, the right to personal style is the best fashion right to have.

I would say that I have a shoe and handbag addiction.  It is just one of the things in life that makes me really happy - SHOPPING! I can’t afford the bags at eluxury.com, so I look for authentic bags on discount websites such as Ebay http://www.ebay.com and Shop Star Style http://www.shopstarstyle.com.  I got authentic bags at both places, but I heard of some bad experiences on Ebay.

Well, I must say as an avid collector of designer bags that is part of me; it is who I am. There is nothing wrong with wanting nice things. I feel very good about myself when I walk through a shiny Gucci, Louis Vuitton, Chole etc store and shop and find my bag for the season. I work very hard and to be able to afford such bags of all different prices $300 to $4000 plus makes me work that much harder. I do NOT believe in fake bags and find the sweatshops a disgrace. I do not believe that having a designer “it” bags make you a better person but it does not make you a bad person either. I think everyone should do what makes them happy and for me its bags. I would rather be a bagalcoholic then any other type. Well I guess I am a shoealcoholic as well. I do not think that you be homeless or starve to buy a Berkin bag but hey life is suppose to be fun. Be You - Be Fabulous

RE: Nancy Gonzalez handbags.  They’re sold at Bergdorf Goodman’s on 58th street and 5th avenue.  I’ve never even heard of Nancy Gonzalez, but did a quick Google search n’ WOW!  She has some nice bags!

Four words. Louis Vuitton equals ug. Most judgmental people like me will probably think it’s fake anyway. Why spend the $$?

Wehre can i find the new collection of handbag of Nancy Gonzalez in New York ? Kan you give me the name of the shop and the address in NYK.