If you’re a shopaholic of the highest order, odds are you’re pretty familiar with the late nights spent waiting for the latest collection to arrive online so you could beat all the other night owls to it. If not, you were up at the crack of dawn and waited at the door so that you could be the first to grab your size. And usually, the items would sell out nationwide within moments.

What’s the appeal of the Target designer collaboration? Much of it can be traced to one very simple factor: affordability. Who wouldn’t want to snap up designer garb at a heavily reduced fraction of what you might otherwise find it for at a luxury department store? It’s almost impossible to resist that kind of appeal.

Moreover, because they’re such fast sellers, many items from Target’s designer collaborations have become collectors’ items. In other words, they sell like crazy on eBay and can make the seller a pretty good buck or two if the demand is great enough. Go take a peek at eBay or Poshmark and you might catch a glimpse of something you thought you’d never see again: a pair of whiskey-toned wedges from the all-too-brief Cynthia Vincent collection from 2010, or a chic little satchel from the original Phillip Lim range of 2012.

In most cases, all of the hype did much of the work — meaning the items vanished before you could even get to the store to check them out. They say there’s a little bit of a thrill in the chase. Does that apply to the Target collabs, too? Jog your memory and see if these finds still get you in the fashionable feels. Here’s a peek back at the best of Target designer collaborations.

Target Go International was a line-up with multiple designers, launched in the 2000s with a reboot about five years after the original collection hit the shelves. See a list of the Go International designers here.

It all began with Michael Graves, the legendary product designer and architect. In the late ‘90s, he was busily tending the restoration of the Washington Monument. While designing the scaffolding for the project, he met an executive from Target, who had contributed a sizable sum to the restoration efforts. This moment, some might say, changed fashion history. The two talked, and Target’s higher-ups realized there was potential magic in a collaboration project. They sealed the deal in 1999 for Graves to create a small collection of housewares for sale in store.

And then, shopping at Target got a lot more interesting.

The two worked together until 2012, when Graves departed after having created some 500 different items for the company. The range was vast, fresh, and fun — think shapely and whimsical toasters, tea kettles, cookie jars, and cocktail shakers. This initial bonding paved the way for years of successful partnerships with other creatives.

In the spring of 2008, Target paired up with handbag bag designer Joy Gryson, the former Director of Design for Marc Jacobs Handbag and Accessories division, for a limited edition handbag collection.

The collection featured 8-10 different styles, with prices ranging from $19.99 to $49.99 for the bags. And these bags that looked very similar, but at about 1/25th the price, to ones previous sold by the Marc Jacobs line.

The Thakoon for Target collection dropped in 2008 to much fanfare. There was a lot to love, from adorable fit-and-flare dresses with self-tie waists to floral-pattern outerwear. Also in the mix were eye-popping tops, shorts, and skirts. The colors were light and fresh, and largely mimicked his collection from the spring/summer ’08 runway. In other words, it was the epitome of a must-have.

By then, designer collaborations were nothing new to Target. Mizrahi’s ran for a whopping six years! But this felt different — more high-fashion, and more of a tease of what was to come in the years ahead.

Sisters Laura and Kate Mulleavy founded Rodarte in 2004. At the time, the humble lineup of a handful of Target dresses and a pair of coats may not have sounded like a lot — but it was just enough to capture the attention of both Women’s Wear Daily and Vogue. Before long, everyone wanted a piece of the Rodarte pie, including Target.

By 2009, the brand was ready to go with a massive 55-piece launch filled with sweet and sexy skirts, dresses, and other wardrobe essentials. The object of mass affection was the tulle dress, which sold out in a variety of colors and which looked shockingly right at home with everything from cropped cardigans to blazers.

In early 2012, Target launched the Jason Wu collection. Wu catapulted to household-name status when Michelle Obama tapped his expertise to design a customized chiffon gown in ethereal white for the inauguration in 2009. Needless to say, that alone fired up plenty of interest in the low-cost collection.

And the lineup didn’t disappoint. It was packed with sweet-meets-polished finds that felt decidedly schoolgirl chic, thanks to features like cap sleeves, pleats, and A-lines galore. The patterns were demure, approachable, and easy for everyone to wear. The color palettes? Think soft blushes, baby blues, gentle yellows, and a sense of all-around cuteness that was difficult to ignore. It’s all still very relevant today, which speaks to Wu’s ability to design for endurance.

If you’re old enough to remember, well, anything at all that has happened in the last decade or so, then you can recall the brouhaha that eclipsed the Lilly Pulitzer launch for Target in 2015. Characterized by the same bright colors and vibrant patterns for which is the Lilly brand is so renowned, the collection sold out in minutes, both online and in stores.

That wouldn’t be surprising if the lineup hadn’t been so vast. There was clothing, of course, and accessories to match. But there were also garments for kids, housewares, and even cosmetics. It was the subject of much publicity. Target got some flack for not stocking more inventory following all of the hype and heavy-duty promotion. In the end, it stands as one of Target’s more memorable collaborations.

One of the most recent ventures was a partnership with Marimekko, the legendary Finnish design brand. Everything in the 2016 collection was full of color, hope, and radiance, and so appropriate for its April sale date.

The range was a dream for those who craved a bit of something for every area of the home. Indeed, there were chic bathing suits and luxurious beach cover-ups alongside drink sets, table runners, and rugs. The outdoor-friendly pieces were downright dreamy and perfect for those who wanted to add a little zing and pep to their home décor.

The sell-out speed of Target designer collaborations always leaves a fair amount of disappointment in its wake. Fans would go the store, stand in line, and then leave with nothing. Or, they’d jump on the website and find slow page load speeds and the sudden disappearance of pieces as the inventory would wind down to zero in minutes.

All of this made the arrival of the Anniversary Collection that much sweeter. Launched in honor of the 20th anniversary of its partnership with Graves, which ultimately led to some 175 collaborations with other designers, the Anniversary Collection was a peek into the brand’s most celebrated archives. Target cultivated a selection of some of the best-selling products from 20 previous pairings, resulting in a lean but fabulous lineup that was, naturally, only available for a limited time.

The line included 300 pieces, including clothes, accessories, housewares, and kitchen essentials. Among the included designers were Isaac Mizrahi, whose original collection was sold from ’03 to ’09, plus Erin Fetherston, Anna Sui, Missoni, Phillip Lim, Altuzarra, and Hunter, among several others.

Target’s Anniversary Collection was a feast for the senses. A vibrant display of color, pattern, and energy greeted shoppers when they stepped through the doors, and it was fun to see the amalgamation of years’ past all brought together. Even better, items were more readily available. Whether that was by design or because interest had waned slightly over the years couldn’t be determined, but the range was available for several months and enjoyed phenomenal reviews.

In 2013, Target went wild with collaborating, teaming up with 24 designers, and then partnering with Neiman Marcus to put the collections in both stores. Designers included in that effort included Carolina Herrera, Derek Lam, Jason Wu, and Diane Von Furstenberg.

The Future of Target Designer Collaborations

What does the future hold for Target and designer collaborations? It’s all about being seen and continuing to make bold, game-changing statements that appeal to consumers. It’s about giving shoppers what they expect. To the Target team, a big part of that is embracing the power of the private label. It’s why you can walk through just about any section of the store and come across brands that are theirs and theirs alone. Think A New Day, All in Motion, and Stars Above.

But with that comes the more familiar names that everyone knows and appreciates. There’s no doubting the excitement that continues to come whenever the retailer announces its next big partnership. So who’s next? We all wait with bated breath. 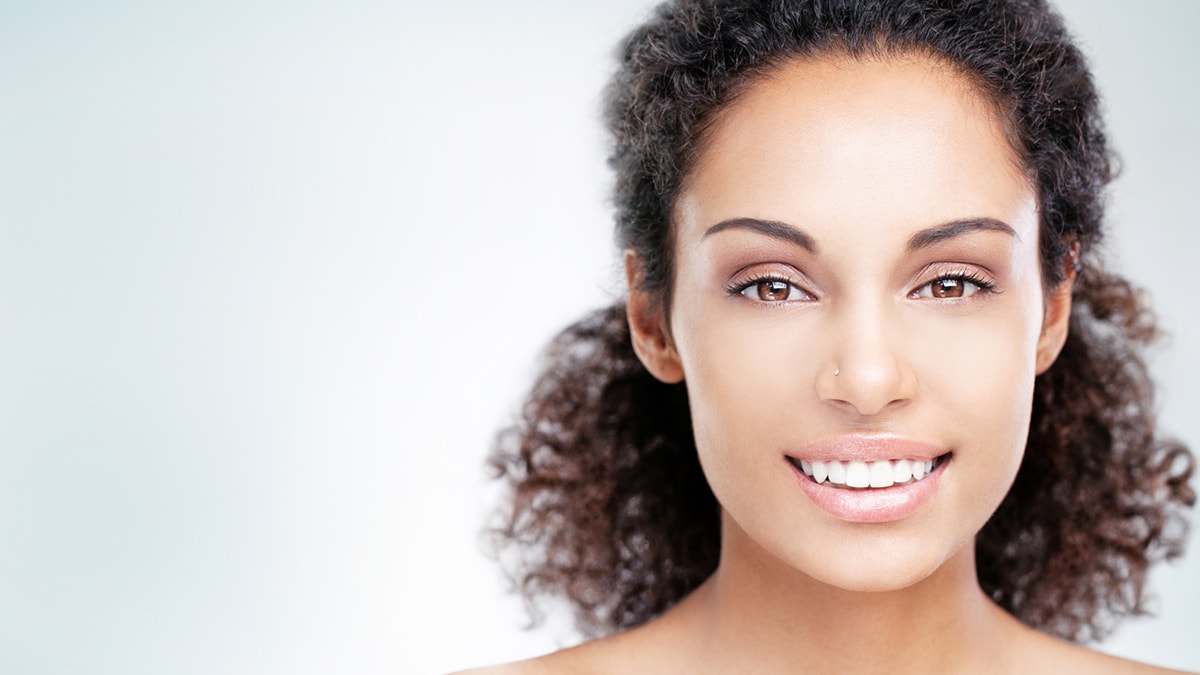 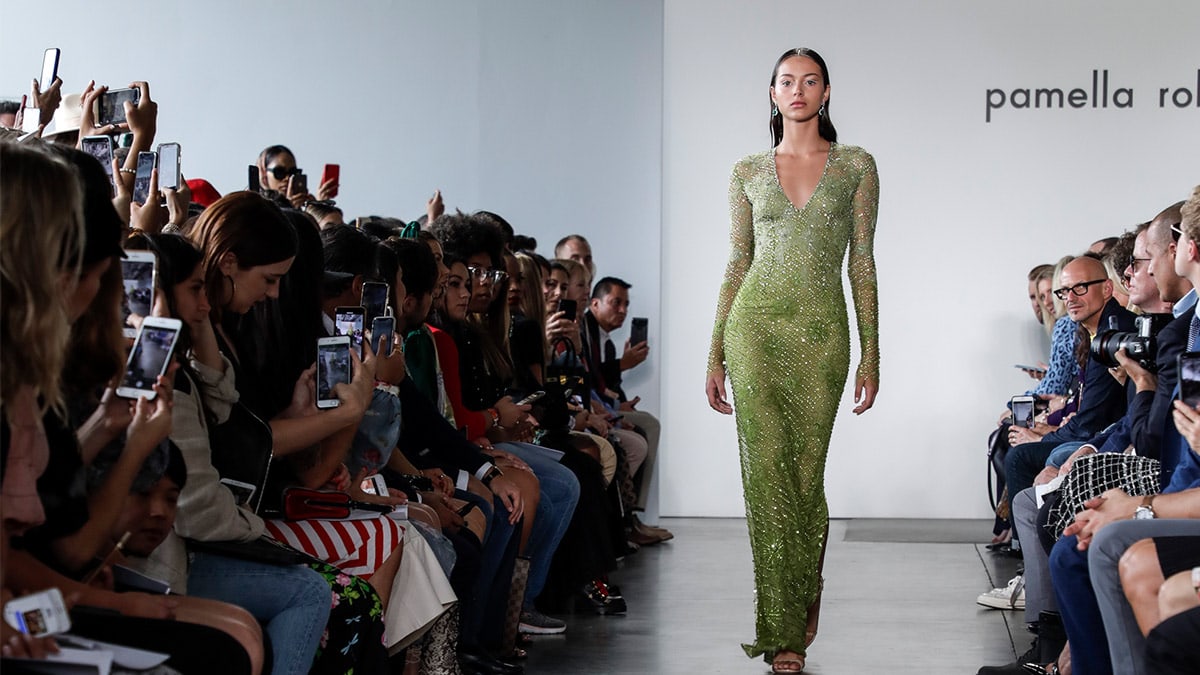 Target needs to bring back Isaac Mizrahi's Pink, Black and White luggage. I get sooooo many compliments on it when I travel.