Of course, the 1980s were all about look-what-I-can-afford fashion statements, and Esprit made it easy to ensure that the Jones (and Jennifers, and Jessicas …) knew exactly where you stood. But the 80s have come and gone (thank goodness)—so whatever happened to 80s fashion vanguard Esprit???

What Happened to Esprit

Well, as it turns out, a lot of ups and downs. Let’s start at the beginning—in a story that speaks to our hipster/bohemian hearts, the brand was founded in 1968 by Susie and Doug Tompkins, who apparently sold clothing they’d designed out of the back of their station wagon. They founded their company with—according to their website—a focus on taking care of their employees, the environment and the world at large. Seeking to create designs that were “inspiring and fun”, Esprit ultimately succeeded – who could be unhappy wearing an over-sized cardigan emblazoned with bold primary red and yellow stripes (accented with bright blue trim)? Okay, so it sounds a little more clown-ready than boho-chic, but, again, it was the 80s. The brand peaked in the “me” decade, tapping into the one world consciousness that began to blossom at that time, launching the brand-as-we-knew-it not in the US but in Cologne, Germany.

So when and where did the decline happen? It’s hard to say—certainly most of us didn’t really notice when Esprit went out of favor – it was a quiet downslide, a combination of marketing issues, pricing issues and perception issues in the face of the rise of 1990s grunge and anti-corporate sensibilities. Esprit ultimately closed all of it’s North American stores following a 98 percent earnings slump in 2011 and, moving forward, concentrated on European and Asian markets.

So the story could end there (though it will live forever in our high school yearbook photos)—BUT, a visit to the current Esprit website had us pleasantly surprised, mostly by the, er, very 2014ishness of it all (clean current design, user friendliness, a socially conscious message and really super elegant, clean and modern clothing designs … as opposed to the rather depressing Chic Jeans website we found recently). The boo-hoo moment? If you’re in the US, there is “currently no e-shop in your country”. Well the joke’s on us, Esprit. Maybe someday we’ll get back together again, and if not—we’ll always have that summer at band camp.

In the meantime, if you’re feeling nostalgic (or just have no idea what we’re talking about), check out this Esprit ads board we found on Pinterest. 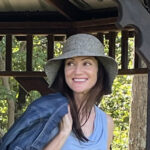