When it comes to A-list celebrities, few of the elite members of Hollywood have reached a level of super-stardom like Jennifer Aniston. Recently dubbed the “Sexiest Woman of All Time” by Men’s Health magazine, the starlet joins the ranks of Marilyn Monroe and Raquel Welch. Whether you love Ms. Aniston or you’re team Jolie-Pitt, it’s hard to deny that she made a huge impact by playing Rachel Green on Friends.

There are few female television characters who have spawned such fashion followings as Rachel Green on the hit show Friends. Rachel had a sense of practicality and effortlessness in the way that she dressed; Rachel’s style was easy, chic and totally possible to recreate. Fans of the show fell in love with Rachel (and Jennifer Aniston) because she was, and still is, the ultimate girl next door.

The Style of Rachel Green

Hair: Perhaps the most iconic of Rachel’s style moments is her haircut. Throughout the first few seasons of Friends, fans of the show flocked to their nearest hair salon to try to emulate the star’s haircut, which was affectionately and appropriately dubbed “The Rachel” and became one of the most popular haircuts of all time.

Sundresses: Another Rachel classic is the spaghetti strap sundress. Made popular in the 90s, Rachel kept the look going and made it appear timeless rather than outdated. For a woman who maintained an impressive career in the fashion industry throughout the latter half of the show, she sure knew how to keep it simple. The trick was (and still is) to stick to what works for you instead of trying out every new trends each season.

Neutrals: It’s no secret that Rachel loved her neutral colors. Watch a few episodes of Friends (or watch them all to relive the memories) and it’s easy to see that Rachel was fond of black, grey, white and tan. Think about it, when was the last time she was decked out in pink? (Barry and Mindy’s wedding doesn’t count. Bridesmaids dresses are not a reflection of personal style – or any style, for that matter, depending on the bride).

LBD: Is there any television character who is more synonymous with the little black dress than Rachel Green? It’s nearly impossible to think back to each one, but throughout the ten-year run of the show, Rachel must have rocked quite the selection of chic little numbers. Come to think of it, Jennifer Aniston is still known for her love of the LBD on the red carpet. Perhaps some of Rachel’s wardrobe made its way into Jen’s closet after the show wrapped.

From casual jeans and pencil skirts to cropped cardigans, Rachel’s style has always been and will always be, well, in style. Even though Rachel was quite the fashionista on the show, working at Ralph Lauren, as a personal shopper at Bloomingdale’s and eventually being offered a job at Louis Vuitton in Paris, her style was classic and that’s what fans loved about her. She was not one to experiment with trends, patterns and bold cuts. Instead, Rachel showed us that a white blouse and black pencil skirt can be just as chic. Besides, with the on-and-off nature of Ross and Rachel’s relationship, it’s no wonder she preferred her clothing streamlined and uncomplicated.
Are you a fan of Rachel’s style? Share your thoughts below. 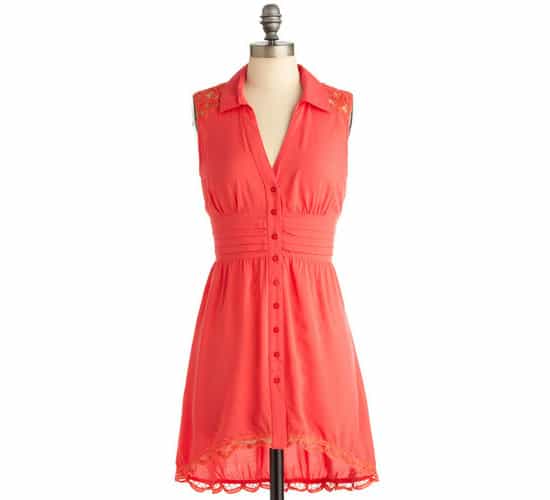 Bridal Rescue: What to Wear to All Your Wedding Activities
← Read Last Post
Sass & Class: 10 Southern Style Blogs We Love
Read Next Post →

I have to admit that I was one of those girls who wore the "Rachel" hairstyle. I loved it!

You are not alone, my friend :)