Flashback Fashion Friday: What Ever Happened to 5-7-9? 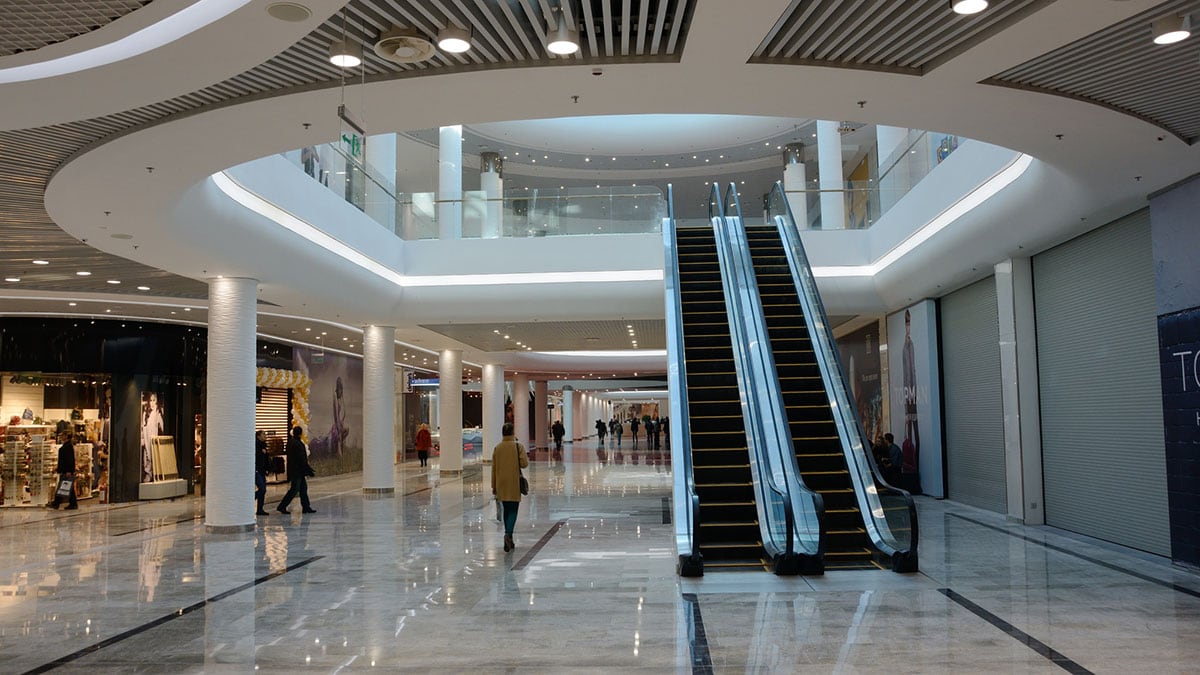 Editor’s note: We originally published this story about the 5-7-9 clothing stores in 2014. We’ve rewritten it to be more accurate and less one-sided.

There’s nothing mysterious how retailer 5-7-9 got its name. Back in the ’80s, the shop, which catered to teenage girls, focused its collection on three sizes — you guessed it, sizes 5, 7 and 9.

In those days, the store chain was wildly popular. I was in high school at the time, and I remember seeing a 5-7-9 store in every mall around. With a selection of cheap, trendy clothes, the store was a magnet for teenage girls.

It’s important to note here that sizing has evolved over the years, kinda dramatically. Junior sizes 5, 7 and 9 in the ’80s probably equate to sizes 0, 3 and 5 today.

In today’s world, it seems ridiculous that a store would focus only on the smallest of sizes. For that reason, the original version of this article characterized 5-7-9 as a societal evil for its contribution to body shaming and low self-esteem. We said that girls who shopped 5-7-9 did so proudly, and snubbed their noses at the curvy girls who had to shop elsewhere.

The Other Side of the Story

I suspect I’ll get skewered in the comments for this, but I honestly don’t remember 5-7-9 stores being that exclusive. I was in high school from 1986 to 1990, and my memory tells me that sizes 5, 7 and 9 covered a large-ish chunk of high-school-girl population in those days.

Yes, the store excluded curvy girls, which stinks. But the sizing wasn’t so extreme that it only catered to a small minority of emaciated, underweight girls. I was of average size in high school — bigger than I am today by 15 or 20 pounds — and I could wear a 7.

But I never shopped there and thought, gosh, it sure is nice not to bother with all those petite, tall or plus sizes. Nor did I consider it a badge of honor that I was a 5-7-9 customer.

The ’70s and ’80s were rough on girls, for sure. Women in magazines, TV and movies were bone thin, like Michelle Pfeiffer in Scarface. Women and girls went to extreme measures to get or stay skinny, and cases of anorexia and bulimia spiked.

In my mind, 5-7-9 stores were a product of that toxic environment — but not the cause or even a contributing factor. And…I’ll duck now in case you’re taking a swing.

The End of an Era

While many of the original stores have disappeared, some are actually still alive. 5-7-9 has evolved in both positive and negative ways. The positive is that the stores now carry a full range of sizes, from petites to plus (applause here). On the negative side, the selection is pretty low-end.

The easiest way to get a taste of today’s 5-7-9 is to browse the online store at RainbowShops.com. Rainbow is 5-7-9’s sister store, and the two brands are heavily intermingled. If you try to visit the old website, 579.com, for example, you’ll get redirected to RainbowShops.com.

The only place I could find where 5-7-9 has its own identity outside of Rainbow is an old, unkept Facebook page. Sadly, the page has almost 128,000 followers, but it hasn’t been updated since February of 2017.

If you really want to take a nostalgic trip down the 5-7-9 memory lane, I did get a list of all remaining stores in the continental U.S. from Rainbow’s corporate office. Here they are:

5-7-9 also has dozens of locations in Puerto Rico. If you do take a trip into one of these stores, come back and let us know how it went! 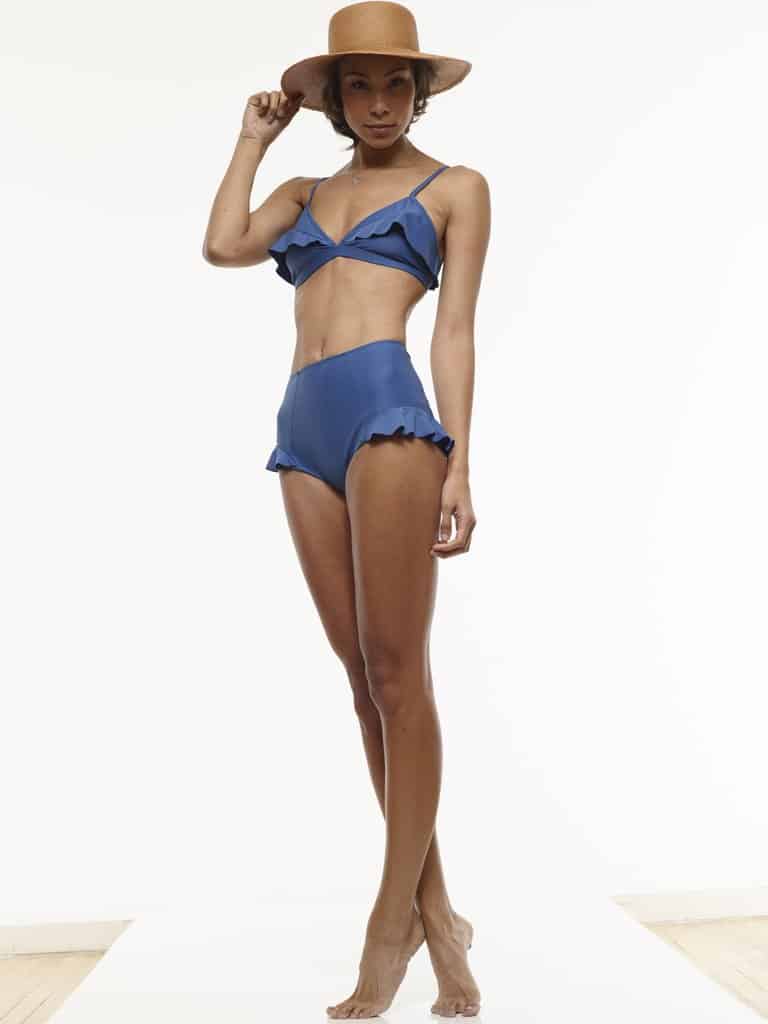 How to: Finding the High-Waist Swimwear Style for You
← Read Last Post 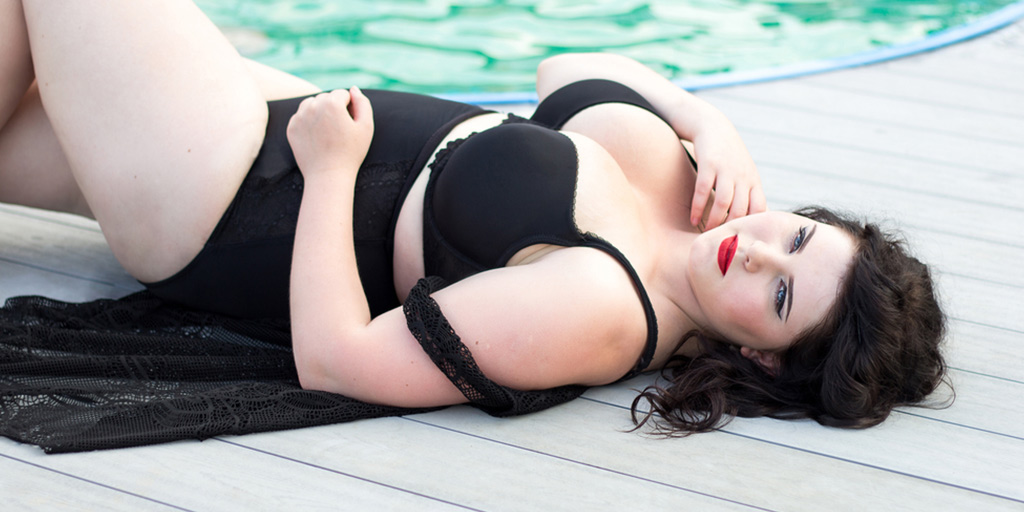 Plus Size Swimwear on a Budget
Read Next Post →

I was an assistant manager of a size 5 7 9 Shop and they carried sizes 0,3,5,7,9. I wore a size 0 back then and it certainly did not equate to a size 5. Also the merchandise was very nice back then... it was the only place I could Find a size 0 back then unlike now where they are found every where.

That's horrible that you felt you had to explain why you were in the store. And that you now feel like online shopping is less stressful for you. Ugh!! People really make me mad sometimes.

Amber, you are beautiful as you are and don't let anyone tell you otherwise.

Thanks, Catherine! I wish there were more people in this world like you. xoxoxo

Sadly, my memory of this store was not a happy one. Probably in 1984 or 85 when I was 13 or 14, i saw something in the window that caught my eye. I was 5'3" and probably 125 to 130 lbs. I tried on the largest size in that item and it was too small. The sales associate was down right sniveling at me as I sheepishly put the clothing back where it came from. What a horrible experience for a young girl!

Serena, That's awful. Body-shaming is never ok, and it's so especially painful for young girls. Catherine

There is now a store named 3-6-5 that appears to have taken its place.

It's sad to see from this article that thin-shaming is so alive and well. The 5 7 9 Shop was the only store where I could buy age appropriate clothing in my teens. And such cute clothes. I was tiny; not because I was trying to fulfill some enforced ideal of the perfect woman - I was born that way. Yes, though a myriad of overweight women will tell you otherwise, many women are born and stay small and thin their whole lives with no effort at all - born that way. And with more and more of stores given over to plus size clothing it has become increasingly difficult for small woman to buy clothes. Nobody would dare suggest that there shouldn't be specialty stores catering to plus size woman. But god forbid tiny women should be afforded the same consideration.

In jr high I wore size '7 Jr Petite.' In my 30's I was size 3 or 5. I consistently weighed under 100# ...until I was in my 50's --- and weight gain then really about inability to get exercise, and extremely ltd access to physical activity due to long, hot (triple digit) summers. I look back on shopping resources back then and marvel at the options I had! Several locally owned 'boutique' shops that were my favorite shopping spots because I ended up with many one of a kind items...and many even if not one of a kind were really unique...and for most part, exceptionally well made. Malls offered 5-7-9, Charlotte Russe, Miller's Outpost-- that allowed me to supplement my wardrobe with more 'fad' styles. What a delight it was being able to shop at stores that SPECIALIZED in, and offered variety, of not just smaller sizes, but in PETITE as well! All of those complaining of being 'skinny' (or asserting they were 'bullied') --- I can't help but wonder if those were YOUR feelings. My recollection is more that I was viewed as 'lucky' ....and complimented. 'You're so tiny!' is one phrase I heard ... a lot :)

I lived in Hawthorne Ca- the 5-7 and 9 store was in Inglewood- very nice then!! I was tiny- bought my prom dress there- I just Loved that dress- it was so classy and fit great! Thank you for the memories ❤️